Williams Syndrome Wednesday: To the best-selling author who robbed me of the ending 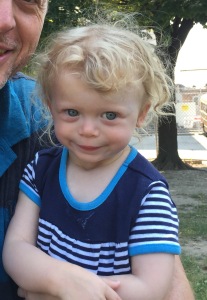 Williams Syndrome Wednesday: To the best-selling author who robbed me of the ending

I used to be a big time reader, but these days, I’m often too busy to laze around devouring books like I used to.

I have work and family responsibilities including caring and advocating for my daughter who happens to have an intellectual disability. Getting to sit down and read an entire book is a luxury I can rarely afford.

Lucky for me, I was recently sent on a business trip. On a plane. Away from home. No inflight movie for me. I was thrilled to be able to dive into your the latest book (I’m a huge fan). I had no idea what it was about. I grabbed it and off I went.

It turns out I was hooked from page 1. The woman who had grown up with a heart condition? The parallel story of a mixed-race guy who growing up in the eighties? The emotional basketcase mom who carries the scars of raising a child with a medical condition that kept the mom on high alert from a touchy birth through numerous scares? So good. I really felt for her in particular. You captured what that feels like so honestly, and beautifully. I was moved to tears. Imagine my good fortune, I thought, in choosing a book that made me feel ‘seen’, understood and not alone. I was struck by the truth that was flowing off the page.

And then, not much further along, I was stuck again. And not in a good way.

In the midst of a conversation between the main female character and a friend in their teens, the one girl drops the R-word and the other girl responds with the same word. It was like a sneak attack in what felt like a ‘safe place’. Retarded. It pains me to type it out. Such an ugly word.

I was caught by surprise (just as I am when I hear the word in casual conversation). It came out of nowhere. It wasn’t like the book was full of language the pushes societal bounds. Twice you chose to write “the n-word” rather than spelling that one out. Why was the R-word so easy?

In a bizarre coincidence, as I closed the book, angry that you didn’t take the time to find another word, a beautiful little boy who happened to have down syndrome came bounding down the aisle past my seat.

That little guy deserved better, favourite writer lady. My daughter deserved better. I deserved better. There are more than a million words in the English language. Choosing to use the R-word is not just lazy on your part, it’s also irresponsible. Millions of people read your books. When you use the word, it tells all of them it’s ok to say it, read it, print it. It’s clear you don’t think “the n-word” is ok. How is this different? I know, it’s just a word, you have artistic license blah, blah, blah. But the thing is, it’s not just a word. Not to individuals with intellectual disabilities and parents and family members like me who advocate tirelessly for inclusion and acceptance. It represents prejudice, discrimination and its continued use makes an entire group of people seem “less than” in society.

I expected more than that from you – a writer. A mom. And now I don’t know what happens because I couldn’t bring myself to finish the book. If you happen to see this letter, I’d love to hear your thoughts on the matter.

Lessons for life prepare kids for a better world

Lavash crackers! I promise the bread posts will en

Bread, bread and more bread... 🥖 Anybody else b

It’s Mocktails, Makeup And A Movie time in suppo

Bread, bread, bread. This time it is Roasted Garli

That time I learned to make Danish! In my opinion,